Russian aggression takes a bloody toll in Ukraine, it is the blood of not only soldiers but also of innocent civilians. The Internet is full of information and recordings about the attacks on the civilian population of Ukraine carried out by Russians. Kiev, Kharkiv, Mariupol, Kherson and many other cities became targets of missile attacks. Not only military infrastructure is under attack, but also civilian facilities, even hospitals, schools and homes.

Those guilty of war crimes must be tried!

I am signing the petition!

In the first three days of the war, there were 240 Ukrainian casualties, the UN reported

Every night, the people of Kiev repeatedly hear alarm sirens warning of impending bombing. For fear of fire, civilians hide in bunkers and metro stations. The reality of the aggressive war is similar to that of the Second World War. 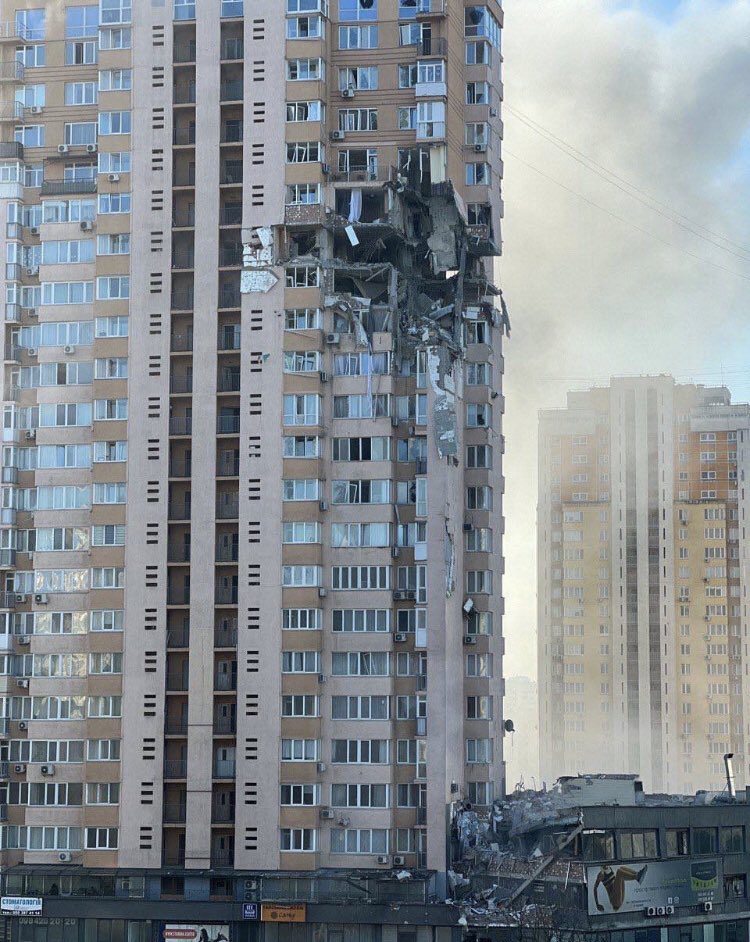 Verified photos show the destruction of places that should never be the target of an attack. In this photograph, we see the effects of the rocket attack on February 26. The projectile hit an apartment block on Lobanowski Avenue in Kiev. Below is a recording of the moment of impact.

Not only larger cities, but also small towns are bombed. Among them, a small town called Sartana in the Donetsk Oblast whose civilian population suffered, when the Russians fired at single-family houses.

The consequences of the bombing of civilian houses in the village of Sartana near #Mariupol. pic.twitter.com/qSQn7agwIe

On the outskirts of Kiev, Russian soldiers in an armored vehicle deliberately ran over a civilian car. This is one of the many serious violations of the Geneva Conventions that govern international humanitarian law.

All those responsible for this act of aggression contrary to the norms of international law should be held criminally responsible. War criminals from Russia and Belarus should be sentenced in the same way as the Nazis and their collaborators in the Nuremberg trials.
I am signing the petition!

Public utility places are also under attack. Including educational facilities and hospitals.

According to the NEXTA TV station on February 26, the Russian troops fired on the kindergarten during the attack on Chernihiv in northern Ukraine. Fortunately, no one was inside. 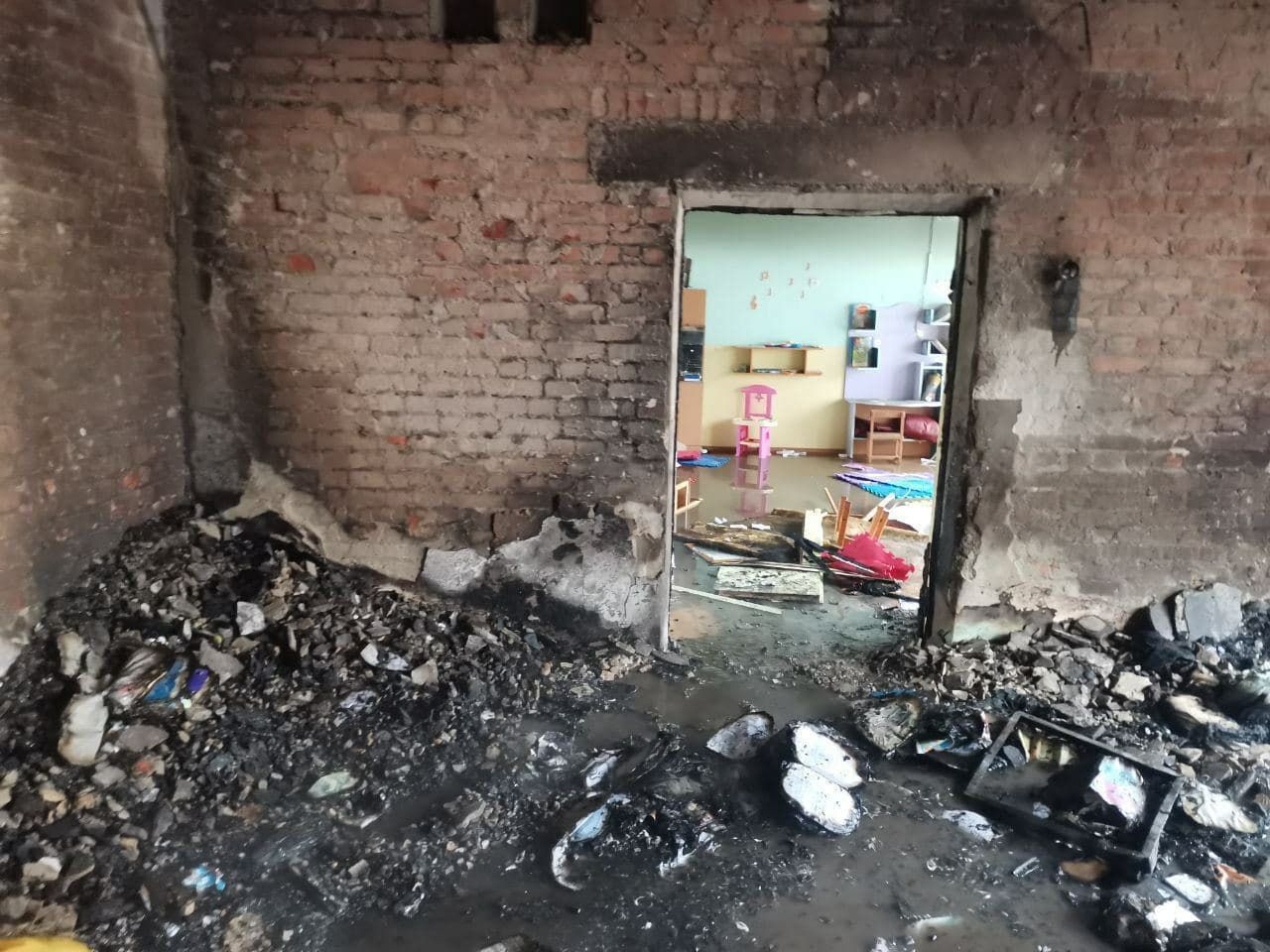 During the fighting in Melitopol on the Black Sea, a Russian missile hit the oncology ward of the hospital. The Ukrainian minister for health also informed about other attacks on medical facilities, including those in Wuhledar a small town of less than 15,000 inhabitants in the Donetsk Oblast, where 6 people were reported to have suffered.

The Russian soldiers decided to fire in cold blood on a Ukrainian ambulance that was carrying the wounded near Kherson on February 26. Medical doctors are also among the victims. It is an act of barbarism that was already banned in the Geneva Convention of 1864.

⚡️An ambulance carrying wounded people was hit near #Kherson. Among the injured were medics. pic.twitter.com/YWVFR7qmRx 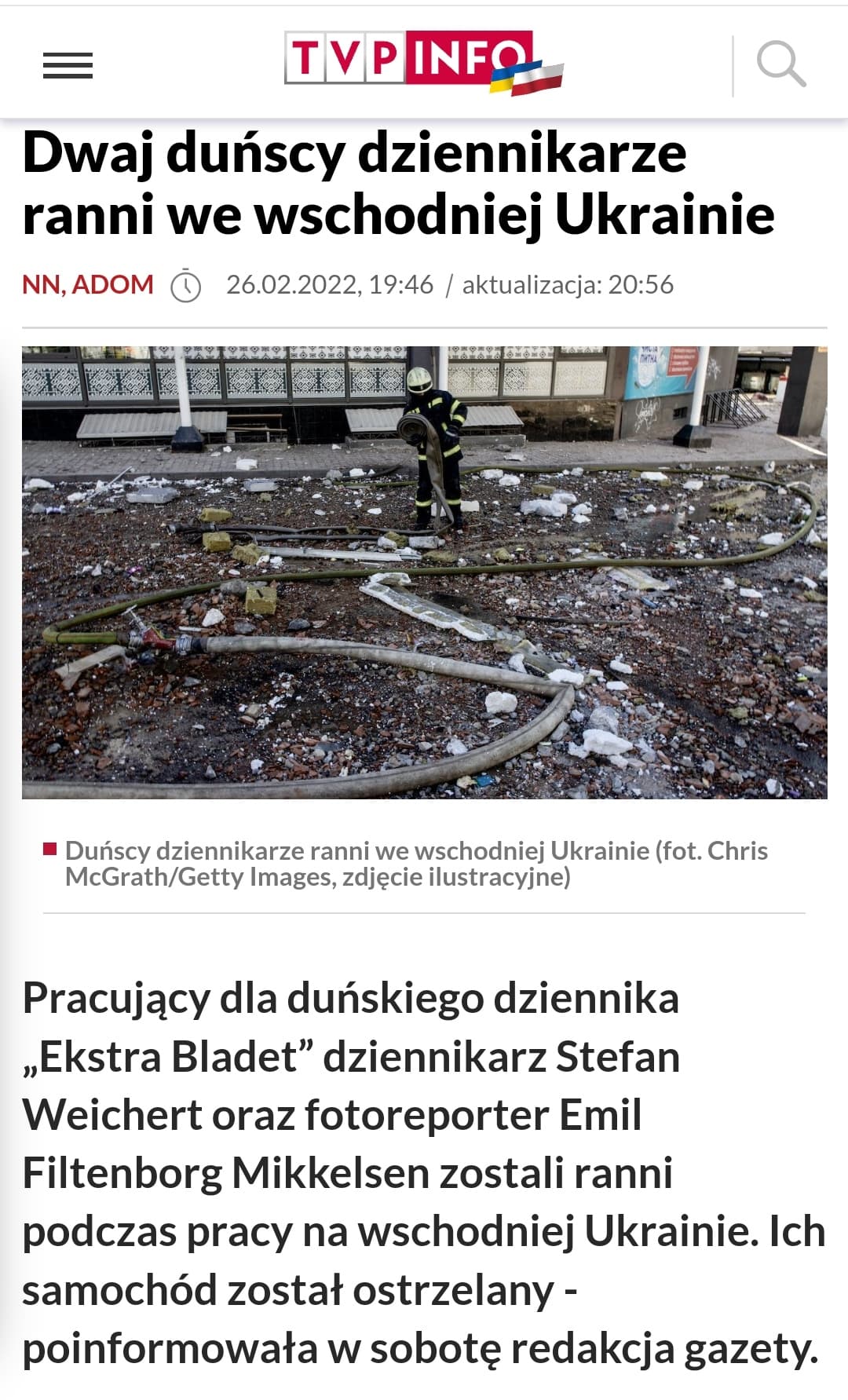 Journalists who try to report on the situation at the front are also falling victim to Russian aggression. The Danish daily “Ekstra Bladet” informed about the attempt to murder two of their journalists in eastern Ukraine.  The attackers fired at their car. The prosecutor general of Ukraine also informed that in Kherson, Russian soldiers shot a journalist with hand guns.

With each day of the war, there will be more casualties

The free world cannot turn a blind eye to these crimes. The humanitarian and military aid provided to Ukraine is a praiseworthy example that the international community does not tolerate the barbarity of war as a method of dispute resolution. But let’s not stop there. War criminals must be held accountable. That is why we have prepared a petition to the UN Secretary General, to the Head of the EU Council, to the President of Poland and to the President of Ukraine. We are also constantly gathering evidence of all abuses and violations of humanitarian law committed by the invading Russian and Belarusian troops. Let us not let them escape justice!

I am signing the petition!

Without a doubt, we are witnessing an international military invasion in Europe for the first time since World War II. The Russian Federation decided to drastically expand its military actions started in 2014 and committed a complete violation of international law by launching an open invasion of Ukraine as part of an elaborately planned military operation.

Although, the Geneva Conventions of 1949 and the First Additional Protocol of 1977 were applicable to the conflict between Russia and Ukraine for the last eight years, the launch of the nationwide invasion has dispelled all doubts as to whether we are dealing with an international armed conflict.

Already in the first hours after the invasion began, the Internet was overflowing with evidence pointing to Russian abuses against the civilian population. Terrorizing civilians with rocket attacks on civilian facilities, including residential buildings, is an unacceptable violation of the basics of international law, also in terms of the rules of distinguishing between military and civilian targets. Ukraine’s Minister of Health, Viktor Laszko, also alerted that Russian armed forces were firing at hospitals.

The actions of the Russian Federation constitute a clear violation of the peremptory norms of international law, which creates an obligation on the part of other states to take all measures to stop the Russian aggression and to hold those responsible to account. Therefore, we demand an international investigation to secure and analyze the evidence of crimes against peace and against the civilian population of Ukraine, committed by the Russian Federation and the Republic of Belarus which is participating in the aggression. Moreover, we demand that all politicians and military personnel who are responsible for the greatest armed conflict on the European continent since 1945 and for resorting to war as a means of conducting foreign policy be brought to international criminal accountability.

It should be stressed that, based on the declaration of Ukraine, the International Criminal Court has jurisdiction to identify, prosecute and judge the perpetrators and accomplices of crimes against humanity and war crimes committed on the territory of Ukraine since February 20, 2014.

The invasion initiated by the government of Vladimir Putin is also a violation of the peremptory prohibition of aggressive war and resorting to war in relations between states. These principles were confirmed as early as 1929 in the Briand-Kellogg Pact, which later served as the basis for the sentencing of Nazi civil and military commanders of the Third German Reich by the Nuremberg Tribunal. These principles have been strengthened by the United Nations Charter, which affirms the prohibition of aggressive war. The half-century development of international law in this area may be thwarted if the world today does not clearly and categorically respond to the violations on the part of Russia.

At a time when evidence of every war crime can be recorded and secured by the victims and their allies, the international community must not fail to consistently and firmly hold the perpetrators of the horrors of war to account.

Yours faithfully,
Citizens of the free world